Ashton James Turner commonly known as Ashton Turner among cricket fans is an all rounder who belongs to Australian origin. Turner was born on 25th January, 1993. He started his cricketing career at a very young age. He performed outstandingly when he was a player of the Australian Under-19 Cricket Team.

Although he started his career as a spin bowler, over the years he became more of a batting all rounder. He made his T20 international debut back in 2017 against Sri Lanka. He made his ODI career debut in 2019 against India. 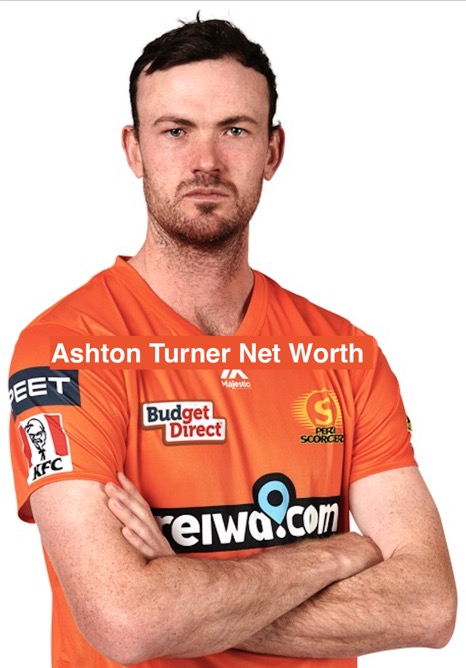 Turner also played IPL, but his IPL career is not as much decorated as his International career. He was the first batsman who scored ducks in five consecutive matches. With all the astonishing performances Turner got a huge recognition by the cricket fans and he earned a lot of fortune by playing cricket.

In 2021 it is estimated that Turner’s net worth is approximately USD 3 million.

Ashton Turner was bought by ‘Rajasthan Royals’ in the year 2019 and they paid him INR 5 million for that season. But after a disastrous season ‘Rajasthan Royals’ released him from the contract at the end of 2020. In recent times Ashton Turner also missed out the Australian Cricket Board’s contract list, but he can play matches on behalf of them if they need an extra man.

Australian Cricket board pays each player USD 10K for each T20, USD 15K for each ODI and USD 20K for each Test match. Turner’s main source of income is from Australian Domestic Cricket and over the years he gained a huge reputation in that competition.

It is true that at present times Turner’s career is going through ups and downs, but it is also true that he is a very talented individual. Maybe nowadays he is not performing upto the mark but in near future we can hope that he will play like old days again. He is really a one of a kind all rounder in the history of cricket.